After a brief stint at Realtime Worlds, I was employed by Tag Games in 2010 and have working been there ever since. Tag Games are a mobile game developer, focusing on the iOS and Android platforms. They mostly do partnership work with big brands such as Ubisoft, Gree and the BBC.

While at Tag I’ve worked on a variety of different projects, including tags internal technologies and 6 released titles. The following are examples of projects I have worked on while at Tag.

ChilliSource is an open-source, cross platform game engine developed by Tag Games and used in most of their games. 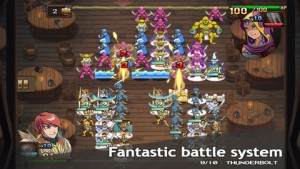 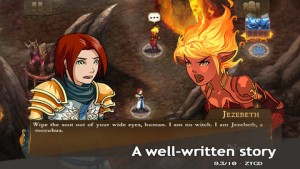 We developed the mobile version of the Nintendo DS title Clash of Heroes. The game was well received, attaining an 8/10 from eurogamer, and currently has 4.1 stars on the Google Play store. 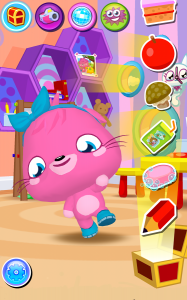 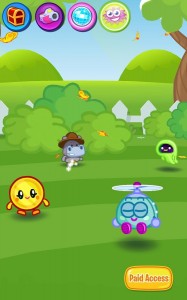 Talking Poppet is an app for kids which features Poppet from Mind Candy’s Moshi Monsters universe. In it the player can talk to Poppet and have her repeat what was said in her high pitched voice – or in the voices of the numerous moshlings in the game. There is also a photo booth, allowing the player to take a picture with poppet and decorate it, and various other interactions with Poppet.

Development of this app was surprisingly interesting. There were several aspects of the application which were technically challenging, including the voice recording and the movie studio (which unfortunately didn’t make it into the final app). It was also the first project on which I was the Lead Programmer, allowing me to introduce new development practices – including code reviews – and to trial some new ideas which were ultimately included in ChilliSource.

Doctor Who: The Mazes of Time 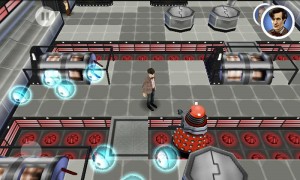 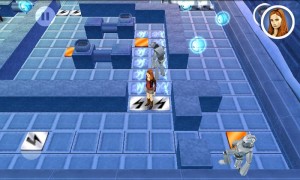 The Mazes of Time is a 3D puzzle platformer set in the BBC’s Doctor Who universe. The Player must navigate a number of mazes and puzzles using both The Doctor and his sidekick Amy.